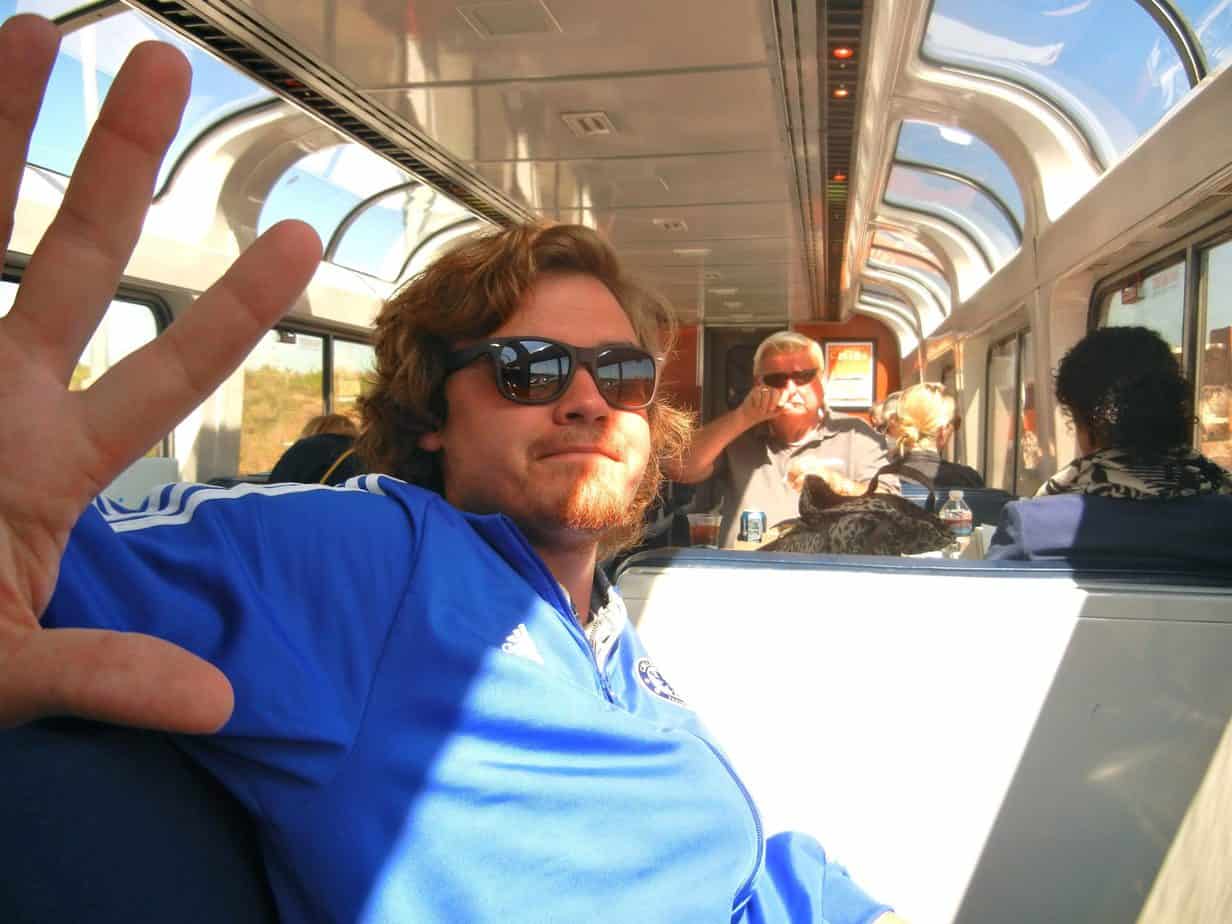 Here is a boatload of pictures of magical Santa Barbara.

JUST RETURNED from a trip to the fabled Santa Barbara.  Was invited down by Jim Hurley, Founder and CEO of Lesson Planet, to nose around his company, ask questions, make suggestions and the like.

I love Santa Barbara, and want to give you a feel for the place via pictures.

I uploaded the following photos (scroll down) pretty much in the sequence in which they were taken, which happened like this:

1. First up is the Amtrak ride down to Santa Barbara with Riley Hammersly, fresh off his 11-month, post-UCLA graduation sojourn through Europe.

2. The next few are of my Santa Barbara home-away-from-home, the Rich Carson Casa.  Rich is the Founder of ProHealth, the maker of many of the supplements listed in the supplements section on this blog.

3. Screenwriter and author Robert Johnson seems to be sticking his tongue out at me as we cruise around Santa Barbara.

4. Next up, after Robert, are pics of one of the missions built in the late 18th Century, followed by various shots of buildings in downtown Santa Barbara.

5. Those people at the table comprise the Internet Marketing team of Lesson Planet, a search engine for teachers seeking individually rated lesson-planning resources.

6. Yeah, and that guy with the big grin leaning back in his chair is the Founder/CEO of Lesson Planet, Jim Hurley.  What’s he smiling at?  Well, he gets to run a hot Internet company in Santa Barbara.  Nuff said.

7. Those horse pictures, musicians and hordes of people are all celebrating the Old Spanish Days Fiesta, an annual event in Santa Barbara, and the largest horse parade in these United States, I’m told.

8. Yes, Jim Hurley talked me into playing basketball.  The same thing happened to me this time as the last time he made me play – I pulled a muscle in my calf muscle, which relegated me to photographer status on the sidelines.

9. The pics after the b-ball ones were shot during my last day in Santa Barbara.  I pedaled my trusty town cruiser all over the place and snapped shots along the way.

- Swipe left/right to see more
Share. Someone you know will be thankful.