The Earth Is Full. What To Do? (Watch) 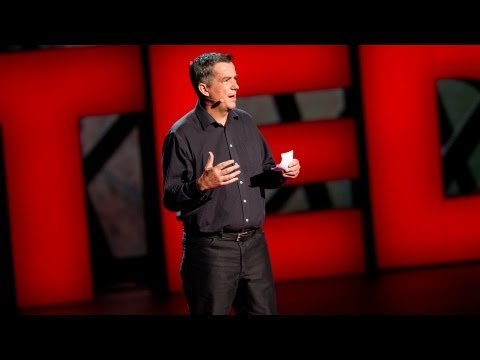 Scientists claim we need 1.5 earths to sustain the current consumption levels. What happens when China and India rise to America’s consumption level? Activist and social entrepreneur, Paul Gilding tackles this issue at his TED presentation in a talk called, The Earth is Full. Humans solve the big problems only when in a crisis, Mr. Gilding says. Will there be time this time?

READERS OF this blog have been so engaged in Robert Johnson’s post on overpopulation entitled, Why Overpopulation Trumps Everything Else. Everything!, that I’m here going to add to the mix by embedding a video of Paul Gilding’s TED presentation, called: The Earth Is Full.

The basic idea it that Earth is too small to provide for what is estimated will soon be 9,000,000,000 of us, all wanting to eat meat, live in houses, drive cars, etc.

Paul Gilding outlines the crisis scenario and wonders what “Mom and Dad” will say to their children who will ask, “What did you do when you saw everything breaking down”.

He makes the following points, compellingly fleshed out in the video below.

Fundamentally, life as we do it is unsustainable.

Right now we live life based on a crazy idea — that infinite growth is possible upon a very finite planet, because technology will save the day, won’t it? Maybe, but it has limits.

When we operate a system past its limits it breaks down. This will happen to us if things don’t change. But change doesn’t seem to be imminent… we can’t even agree on the problem. For instance, do you believe in global warming, and if so, that human contribute to it? If this post is read by the normal distribution of people in America, there’s about an even chance that you will either agree or disagree with this supposition.

The crisis soon upon us is larger than climate. It involves every pillar upon which modern society is built — down to having enough potable water for the burgeoning world wide population. The warning signs are everywhere evident, but we aren’t slowing down.

The crisis in inevitable. The question is, how will we react? We will have to change how we think and what we do. We need to act as if we only have one planet. We need to choose the right path.

Watch Paul Gilding’s heartfelt exhortation for us to tackle the issues linked to a very over consuming, overpopulated world.

What do you think about this? Are you optimistic or pessimistic about the future? Let us know in the Comments section below.