Can You Improve Your Health By Juicing Raw Marijuana? 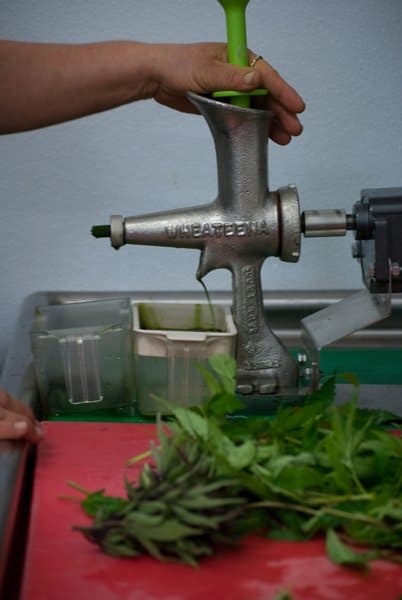 I juice a few times a week, but never considered juicing raw marijuana. There is, however, much evidence to show that juicing raw cannabis can dramatically help relieve many chronic health issues, and add a strong layer of prevention.

YOU’VE UNDOUBTEDLY heard about smoking marijuana and baking marijuana into brownies and cookies – even making harsh oil from marijuana — but have you ever heard of, or considered juicing raw marijuana leaves?

Seriously. Just like juicing cucumber, kale, celery, carrots, apples and the like… add to the mix, marijuana!

This was news to me. And as I read about it and watched videos about it, I marveled at what might be the health benefits of juicing cannabis (marijuana).

Dr. William Courtney, who has extensively researched ingesting raw cannabis via juicing, says it’s a vegetable, and cites several benefits, such as helping with:

Obviously there are challenges to juicing raw marijuana. There are the obvious legal hurdles to grow or buy it. And there’s the issue of quantity.

If you juice cannabis, you need a lot more of it than if you use it heated, either smoking it or baking it, or making an oil of it. Depending on the size, you may need half a plant per day.

In case you’re wondering how anybody could function ingesting that much marijuana, know that when you ingest it raw, cannabis has no psychotropic effect; meaning, you don’t get high.

Only by heating marijuana does it become able to get you “high”.

There are serious people investigating juicing raw marijuana, and so I believe we’ll be hearing more about it in the near future.

Curious? If so, view the two video below.

I found it enlightening to learn about all the traditionally trained medical doctors advocating the use of medical marijuana, as well as the intimate portraits of those patients who have been helped.

For more information about juicing marijuana, check out the Cannabis International Foundation website. As it says on the home page:

A personal note: I don’t use marijuana in any of its various forms, nor do I consider myself an advocate of it. But I must say that I smell a skunk when it comes to this topic; meaning, I believe there are purely political and economic factors that override common sense when it comes to medical marijuana.”

My 2 cents. What’s yours? Let us know in the Comments section below.

Update: I’ve made two videos on this topic: (1) How to make coconut cannabis oil; and (2) How to make a raw cannabis smoothie.  Check them out!