Pump Up Your Metabolism: Eat Protein, Not Wheat 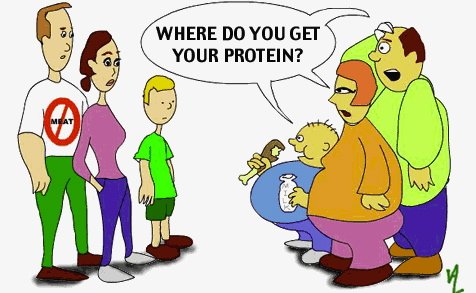 Everyone’s concerned about belly fat and metabolism. We have too much of the first, and not enough of the second.  We know that a higher metabolism would result in less belly fat.  Here’s how to pump up your metabolism and trim the belly fat.

A high protein diet adds muscle and increases metabolism. Muscle burns seven times as many calories as does fat.

RECENTLY, DR HYMAN wrote two articles, one about the potentially pernicious physical affects of eating wheat, and the other about secrets to increasing your metabolism.  (Think I could trademark that “ppp” alliteration?)

I want to connect the dots between the good doctor’s two articles.

Based upon the research and Dr. Hyman’s clinical experience treating thousands of patients, it comes down to this (my) assertion:

Wheat and its plethora of by-products is the most abused carbohydrate we consume, and thereby is the most significant actor in decreasing metabolism and making us fat.

To understand the verity of this assertion, we must delve into how wheat (and gluten) triggers weight gain, diabesity and other delights. Dr. Hyman will lend me a hand in this, for I’ll be summarizing and combining two of his articles: Three Hidden Ways Wheat Makes You Fat and New Study Finds Secret to a Faster Metabolism.

First, I’ll report the case for why wheat and its by-products can be a heinous, chronic disease producing food for millions of people, making it a big, bad carbohydrate.  Then, I’ll report about how excess carb consumption (aka The American Diet) leads to fat, particularly belly fat, as well as a diminished metabolism.

Thanks to slick marketing, and the addition of some fat and sugar, each American now consumes about 55 pounds of wheat flour every year.

It may look like wheat and taste like wheat, but this new modern variety is very different “in three important ways that all drive obesity, diabetes, heart disease, cancer, dementia and more”, says Hyman:

– Wheat contains a Super Starch – amylopectin A that is super fattening.

– Wheat contains a form of Super Gluten that is super-inflammatory.

– Wheat contains forms of a Super Drug that is super-addictive and makes you crave and eat more.

The “super starch” is amylopectin A, and you know what that looks like, for it’s this starch that enables fluffy Wonder Bread and Cinnabons to be created.

Now, most people know that neither Wonder Bread nor Cinnabons are good for you, but what would you say about whole wheat bread?  Isn’t the ubiquitous message about carbs is that we should select “whole grains” like “whole wheat bread”?

“The biggest scam perpetrated on the unsuspecting public is the inclusion of “whole grains” in many processed foods full of sugar and wheat giving the food a virtuous glow”, exclaims Hyman.

This is particularly true for people with diabetes, as both white and whole grain bread raises blood sugar levels 70 to 120 mg/dl over starting levels.

We know that foods with a high glycemic index cause people to store belly fat (with the cascade of hormonal effects it produces), ignites inflammation in the body (the precursor to many chronic diseases), and grows you a fat liver, leading to obesity, pre-diabetes and diabetes.

This may not be a problem for you, but this is a problem that now affects one of two Americans, and is the major driver of nearly all chronic disease, and thus, of our health care costs. Diabetes, for instance, absorbs one in three Medicare dollars.

Not only does FrankenWheat, contain the super starch, but also the super gluten that does an even better job of creating inflammation in the body.

Gluten is a sticky protein in wheat that holds bread together and makes it rise.  There are five ways that gluten makes you sick and fat, primarily by triggering inflammation, obesity and chronic disease, explains Hyman:

2. Low-level inflammation reactions to gluten trigger the same problems even if you don’t have full-blown celiac disease, but just have elevated antibodies (7% of the population or 21 million Americans).

3. There is also striking new research showing that adverse immune reactions to gluten may result from problems in very different parts of the immune system than those implicated in celiac disease.  Most doctors dismiss gluten sensitivity if you don’t have a diagnosis of celiac disease, but this new research proves them wrong. Celiac disease results when the body creates antibodies against the wheat (adaptive immunity), but another kind of gluten sensitivity results from a generalized activated immune system (innate immunity).  This means that people can be gluten-sensitive without having celiac disease or gluten antibodies and still have inflammation and many other symptoms.

4. A NON-gluten glycoprotein or lectin (combination of sugar and protein) in wheat called wheat germ agglutinin (WGA) found in highest concentrations in whole wheat increases whole body inflammation as well. This is not an autoimmune reaction but can be just as dangerous and cause heart attacks.

Dr. Hyman delves much deeper into gluten from the article from which the above was extracted.  If you believe you may be sensitive to gluten, or is someone who eats a lot of wheat (bread, pasta, packaged snacks), do yourself a favor and read more about it.

As if it weren’t enough that wheat contains super starch and super gluten (making it very fattening and inflammatory), it also contains a super drug that makes you nutty, famished and addicted.

Your digestion does it to you.

When digested, the proteins in wheat are converted into “exorphins” (a type of polypeptide), similar to the endorphins that runners may produce. These bind to certain receptors in the brain, making you “high”, and addicted just like a heroin addict.  They are called “gluteomorphins” after “gluten” and “morphine”.

That these super drugs can cause multiple problems including schizophrenia and autism seem like a remote possibility to most of us. But they can also cause addictive eating behavior including cravings and bingeing.

The truth of this is experienced by us all; after all, which have you binged on more, broccoli or cookies?

Again, I suggest that if any of this may apply to you, go read Dr. Hyman’s Three Hidden Ways Wheat Makes You Fat, which includes steps you can take to get wheat/gluten free.

If you’re still with me, you may recall me saying that I’d lay the ground work about why wheat is one of the worse carbohydrates you can eat and then get into why carbs generally tend to make us store fat, particularly around the belly.

In this section, again guided by Dr. Mark Hyman, we’ll dive into the problems with carbs and the benefits of protein as they relate to metabolism, fat and muscle.

Study One – The Journal of the American Medical Association

Let’s start with a recent study by the Journal of the American Medical Association which discovered that when overeating on a low protein diet, you store bad fat around your organs, including the liver, kidneys and pancreas.

(In this context, “bad fat” refers to fat that is a deleterious hormone producing machine of its own, and given that it’s located around the belly, such hormones can negatively affect nearby organs.  For more about this, read Will Your Belly Fat Cause Cancer, a summary of Dr. Oz’s study of this topic.)

However, if you eat a high protein diet, you add muscle and increase your resting metabolism and muscle mass.  Since muscle burns seven times as many calories as fat, this is a wonderful result.

Think all calories are created equal?

Another take home:  Quickly absorbed carbohydrates (high glycemic index) – from sugar, high fructose corn syrup and white flour – now form the bulk of the American, and increasingly, the world’s diet, and these carbs are efficiently turned into belly fat in the body.

The increasingly common result is obesity and diabetes, or what Hyman and other doctors call diabesity.

Another recent study found that the free fructose in high fructose corn syrup (not in fruit) — one of the most egregious of simple, high glycemic index carbs — led to dramatic increases in belly fat, inflammation, blood pressure, blood sugar and even pre-diabetes in adolescents.

It’s beginning to look pretty clear that carbs lay down the fat, while protein lays down muscle.

This study proves that higher protein diets (25%) do all sorts of obesity fighting things to your body and your brain:

And thus, reducing belly fat and building muscle is simply a function of the number of calories you consume AND what kind of calories they are, carbs or protein.

Here are a few of Dr. Hyman’s simple tips to speed up your metabolism and get rid of belly fat:

Dive deeper into this topic by reading the article Dr. Hyman wrote from which much of it was extracted: New Study Finds Secret to a Faster Metabolism.

So, consider yourself forewarned and forearmed.

Before I leave you, let me suggest that you supplement your protein intake with things like whey, pea, hemp and/or spirulina/rice protein powders.

I’ve found these to be of immeasurable help, particularly since I don’t like meat much, and tire of fish all the time (not to mention my concern about mercury in fish).

When I have protein powder at hand, I know I’ll always, and easily, have enough protein to make my meals at least 25% protein.

I use ProHealth’s whey protein, which you can read about in my post, Muscles Forever.

P.S.  I’m very interested to know if anything you’ve read here will cause you to learn more about this topic or convince you to eat differently?  Please let us know in the Comments section below.